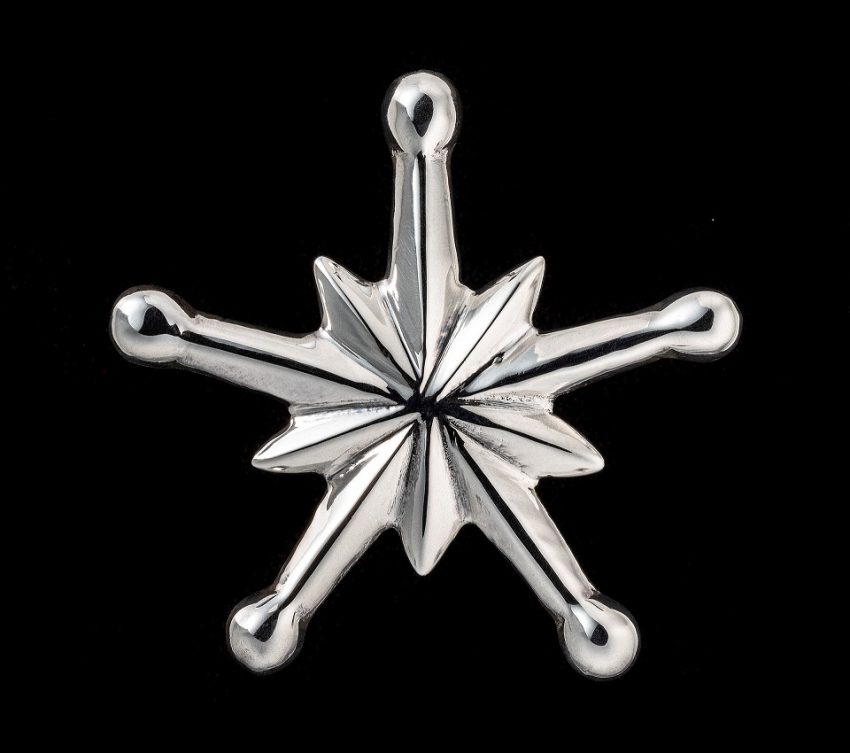 Posted at 10:15h in Images by VAT
Share
0shares

Three years ago I was in LA in a shop that sells clothing and accessories. There I found the pendant in the photo above. Store manager said he had found it at a flea market and that it was a “Navajo star.”  While I’m not a jewellery kind of guy, the pendant was sufficiently engaging that I purchased it. Researching after, I couldn’t find a Navajo star like it or another  similar star. But that was of no matter as I liked the pendant as it was, regardless of any associations or stories that often accompany artworks. In time the pendant revealed itself as a symbol of pantheism, the view that everything is a manifestation of God.

The heads at the endpoints of the longer star represent consciousness; five heads, five senses. The longer star also appears like a “spread eagle” cheerleader pose, a celebratory pose.

When we realize we are one with everything and one with God, we experience the world via our senses, not our mind. That’s something about which to celebrate.

I’ve made 25 copies of the pendant and give them out to friends who would wear them. Three years later, I still have 15. I suspect none would be left had  I offered them for sale.