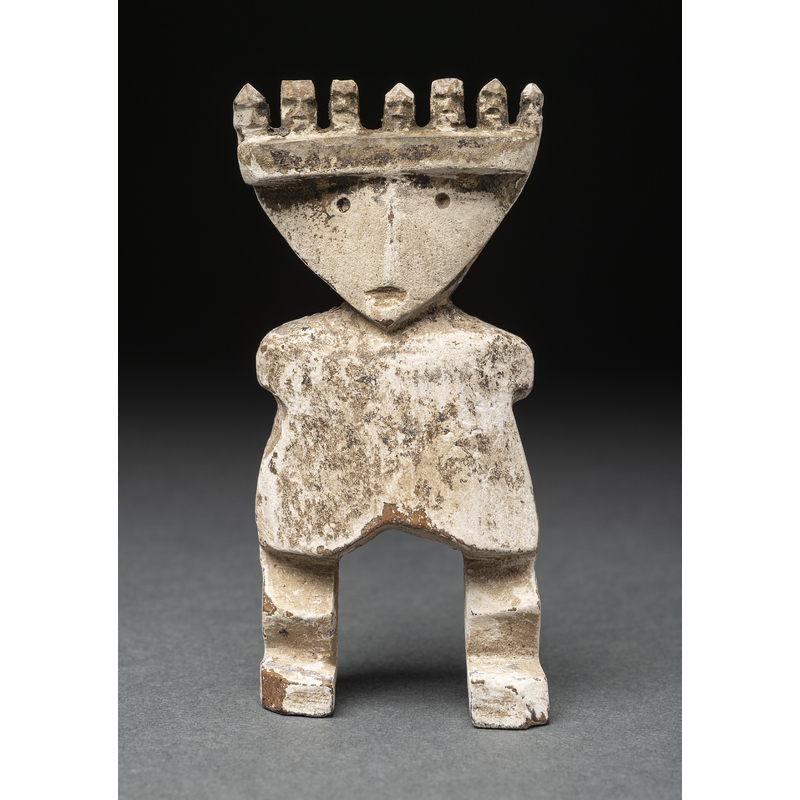 Posted at 18:05h in Images, Observations by VAT
Share
0shares

This shaman figure, made of bone, is depicted wearing a hat with seven heads, presumably representing ancestors, historically important clan members or wise men. The heads are the shaman’s helper spirits or guides in the world underpinning the world of the living; the world before it’s tangible to our senses. The spirit helpers provide the shaman with multiple perspectives which is the essence of wisdom, the stock-in-trade of shamans. The triangular shaped head, pointing down and perfectly balanced on the torso, implies an open mind with no predilections. The figure has a disproportionally large head (40% of its entire body while man naturally is 14%), implying that, unlike others who use their physical body when working, the head plays an outsized role in the shaman’s work.

Moreover, the figure is sexless as, unlike most work in tribal societies which is exclusively the domain of one sex or the other, a shaman can be male or female. As well, without sexual identity, the shaman’s perspective is unbiased, nondual.