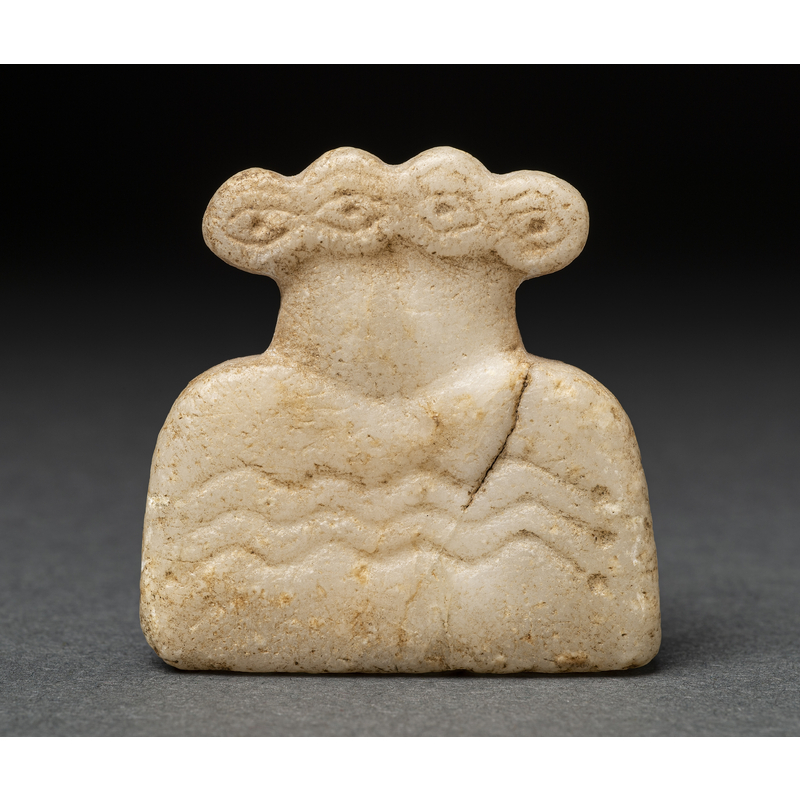 Posted at 10:15h in Images, Observations by VAT
Share
0shares

Thousands of these presumably votive “Eye Idols” have been found in a building now called the Eye Temple in Tell Brak. They depict a deity who observes the world but lacking ears and a mouth does not hear or speak. The deity’s view is pure, unadulterated by the words of others which could have the deity see the world as they would wish the deity to see it. Lacking a mouth, the deity knows but does not speak; implying that those who speak do not know and those who know do not speak. In the contemporary world, seeking enlightenment, some monks take a vow of silence.